TEDxSanAntonio is a labor of love. With a few exceptions for specific, must-have skillsets, resources or assets, it’s an all-volunteer organization. And the people who put in the most time, all year long, are the Organizers. Each organizer basically has a second, unpaid job — and if you ask us, we find it very worthwhile. 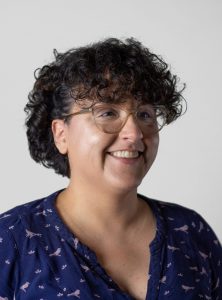 As a member of the Programming Committee for TEDxSanAntonio for more than five years, Angelica has broad interests in all things TEDx. Now, as Programming Chair and Licensee of San Antonio’s TEDx chapter, Angelica keeps a pulse of what the general public is talking about and enjoys the discovery of unique, novel perspectives. She is a ninja collaborator, working with TEDxSanAntonio’s specialist curators, advisors, and speaker coaches to bring the finest minds to our stage and help them shine. She is an effective communicator, efficient process manager, proactive solution-seeker, and expert at scheduling. Poised and personable, comfortable onstage and off, she helps elevate TEDxSanAntonio in every way. 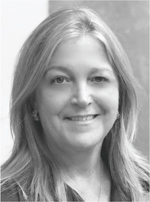 Susan Price
Board President, Fiesta for the Mind

Susan co-founded the TEDxSanAntonio community in 2009 and established our nonprofit Fiesta for the Mind in 2014. As TEDxSanAntonio licensee, she broadened TEDxSanAntonio to include Live, Youth, Women, and Salon series. She is very active in UX/UI and user empowerment communities and events worldwide, in Austin, and San Antonio. Apart from serving on the Fiesta For The Mind Board, Susan also runs Firecat Studio, a digital strategy agency. 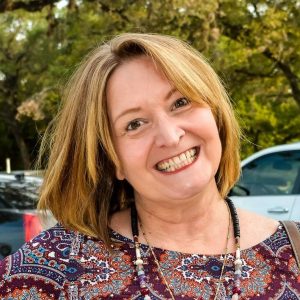 A professional voice actress with a specialty in animation, video games and commercials by day, many people may have already heard Michele’s voice before having met her in person: she is currently voicing Paul, the purple octopus, in the animated series “Lukas Storyteller” from CCC of America. A communications professional with over 20 years experience in non-profit and church administration with expertise in marketing, project management, social networking, volunteer recruitment and management, and strategy planning, Michele’s experience is invaluable to the TEDxSanAntonio organization. 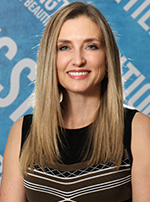 Renee Garvens, a driven program director with experience in fundraising, event management, arts administration, marketing, and public relations. After working in Arts Administration for San Antonio nonprofit theatre companies for several years, she has spent the last seven years serving the children of San Antonio through work in the health and human services sector. She began serving as the Chief Development Officer at Boys & Girls Clubs of San Antonio in 2018 and has served on the Nonprofit Council Advocacy Committee, the United Way Emerging Leaders Council, and San Antonio LGBT Chamber of Commerce. Ms. Garvens lives in San Antonio with her wife, three children, and three dogs. 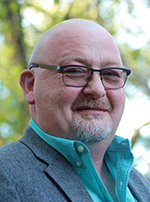 Tim Fielder is a Senior Technical Project Manager for Zachry Group with over thirty years of experience. In that time, both his career and his family have grown; he is a father of five, stepfather of one, and grandfather of seven. Tim enjoys many creative hobbies including woodworking, home renovation, tinkering/engineering, guitar playing, writing songs, watercolor painting, and writing. One of Tim’s greatest joys is making a difference in the lives of others by helping them to develop through servant leadership and leadership by example. Thanks to an old colleague and friend who happens to be a TEDxSanAntonio founder, Jon has been an attendee from the start. After offering his services in art direction for numerous events, he was elected Creative Director in 2015. When asked what he thinks about TEDxSanAntonio, he will often reply, “I’m just happy to be here.” 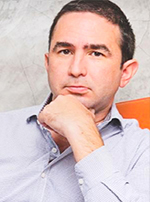 Ignacio “Nacho” Guzmán has more than twenty years of marketing and advertising experience, and has worked with numerous multicultural and multinational brands across different categories, including non-profit and government entities. His leadership and strategic skills have helped a wide range of brands and companies reach their goals and objectives. Ignacio leads all marketing-related activities at LatinBrand, including work with clients that include Danone Frito-Lay, Circo Hermanos Vazquez, and many others. Ignacio has won numerous Industry Awards and is a member of several different Trade Associations. His hobbies are hiking, grilling, traveling, and spending time with his wife, two kids, and a Shih Tzu dog called Ewok. 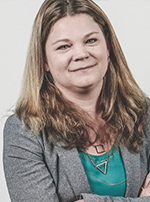 Nicole has over sixteen years of development, design, and implementation experience, creating innovative products through business strategy and technical capabilities. She leads by aligning diverse perspectives across business, development, and user goals. Her experience includes design teams at small startups and large companies. Nicole currently leads the DesignOps Business Strategy team at USAA where she works to and amplify the effectiveness of a diverse set of cross-functional teams. 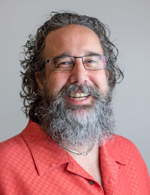 A vital volunteer since the inception of TEDxSanAntonio, Chris “McD” McDermott is our institutional memory and keeper of our data, processes and assets.  McD oversees the production of our live events and all talk videos post event. He also manages our website and collaboration tools, keeping them updated and running efficiently. He earned a Computer Science degree from the University of Texas at San Antonio, focusing in multimedia. McD was a pioneer of USAA’s first intranet and other digital efforts for more than 10 years.  He now spends his days as a freelance website developer and firmly believes in having fun! 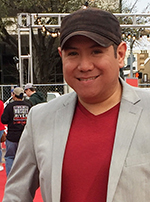 Xavier Ramirez is an award winning producer with credits that include films “Step Up” and “Blackfish.” He works as an entertainment consultant for Beverly Hills-based JWE, and he heads up the “Diversity in Media” division for DEKO 37. Ramirez has been a field producer with CTSA-15 since 2013. While there he has produced numerous high-profile stories, including coverage of the largest mass shooting in Texas history at Sutherland Springs and other stories. Ramirez directs and edits several TV shows/news for CTSA and his previous employment includes Hearst Publications/San Antonio Express News, Clear Channel Communications, and numerous others. 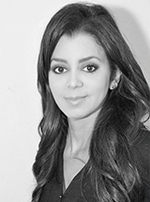 Jacqueline Carmona’s career started in government, where she discovered the art of Public Relations while working with the public and politicians. She was in charge of coordinating events, public forums, workshops, and public speaking engagements. Ms. Carmona transitioned into the world of finance, where she had the number one sales in investments. She also worked for the National Association of College Stores— the leading source and advocate for higher education in the retail market. She transitioned into entertainment, worked in several productions, and now works in public relations under Isabela Public Relations.

Troy Sandidge is a Growth Marketing Strategist with over 10 years of experience maximizing revenue, increasing brand authority, and developing social communities through cutting-edge growth marketing strategies and social media solutions. His work portfolio consists of Entrepreneurs, Startups, SMBs, NGOs, and Fortune 500 brands with results surpassing $100 Million. He has a B.A. in Digital Media & Communications with a minor in Electrical Engineering. Troy is the Chief Strategy Officer at Vult Lab, a national brand agency for social good as well as the Founder & CEO of Strategy Hackers, a strategy consulting firm. He is a keynote speaker, host of the iDigress Podcast, a Twitter power user, and currently resides out of the Greater Chicagoland area.

Please feel free to reach out to us and find out more about the event. And thanks for being a part of our TEDxSanAntonio community!

The original founding organizers team began meeting in 2009, just after TED announced the TEDx program. Some of them have moved on, but continue to provide vital vision and strategic guidance.