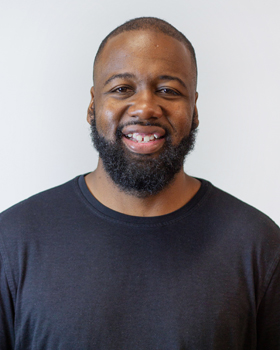 Alex’s love for the outdoors was reinvigorated as a summer camp counselor. After spending three summers working at one of the premier summer overnight camps in the country, he witnessed the transformative power of the outdoors. Alex soon joined Teach for America and served as a classroom teacher for four years and later became an instructional coach with Teach for America San Antonio. Throughout his experience in both the classroom and as an instructional coach, he saw the “gap” in outdoor programming opportunities for youth of color in San Antonio.

In January 2019, Alex founded Black Outside, Inc. with a passion for expanding outdoor opportunities to more youth of color and a yearning for more cultural relevancy in the outdoor education sector. In less than six months of launching, Black Outside has crafted and led outdoor experiences for over 80 youth of color including the successful relaunching of the first summer overnight camp for black girls: Camp Founder Girls. In the next year, Black Outside will reach over 250 young people across central Texas. Alex currently serves as the executive director of Black Outside and is a proud fellow of the national Wild Gift Fellowship

Despite the rapidly changing demographics of the United States, the outdoors remains a non-diverse space. In his TED talk, Alex discusses the numerous benefits to spending time in nature, yet a lack of engagement for many communities of color today, particularly in the Black/African-American community, due to safety, access, relevancy, and representation. Although participation in outdoor activities remains predominantly white, many communities of color have centuries of history in nature, both tragic and triumphant. As painful as these histories have sometimes been, a deeper understanding of these dual truths could be the key to ensuring that the future of the outdoors is not only relevant but representative of the cultural and ethnic diversity of the United States.

” I came down from the Sawtooth Wilderness after 17 days in the backpacking in the outdoors. I thought my cup was filled until I saw the email from TEDxSanAntonio… I was overflowing with excitement to share my journey in the outdoors!”