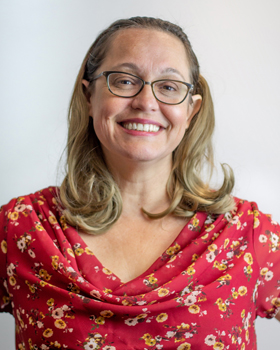 Jenny Lawson (aka The Bloggess) is an award-winning writer best known for her darkly comic but honest explorations of her struggles with mental illness. Her books, Let’s Pretend This Never Happened (A Mostly True Memoir), FURIOUSLY HAPPY (A Funny Book about Horrible Things) and You Are Here (An Owner’s Manual for Dangerous Minds) were all New York Times Bestsellers, surprising pretty much everyone involved. She’s written her ridiculous and somewhat profane blog for over 12 years and shows no sign of stopping even though she been assured repeatedly that blogging is dead. She is terrible at writing bios. This is probably obvious.

The importance of sharing stories about mental health.

At least five generations of my Jenny Lawson’s family (including herself) have battled with mental disorders, but the difference between the treatment her great-great-grandmother received at the asylum she died in and the treatment that she receives today are staggering, both in the approaches taken and in the outcomes realized. Despite centuries of scientific study and progress, mental health remains a topic that many still find uncomfortable to discuss. Nevertheless, it’s only through sharing our stories and struggles that we can break the stigma and find progress.

“When I heard I was chosen to speak I was instantly excited.  Then nauseous.  Then terrified.  Then excited again.  I’m still a bit overwhelmed.”