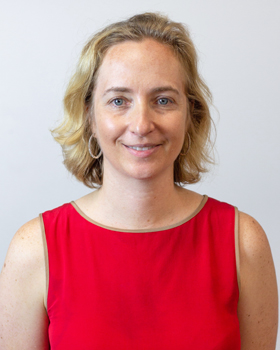 Allison Schrager is an economist, journalist at Quartz, and co-founder of LifeCycle Finance Partners, LLC, a risk advisory firm.

Allison diversified her career by working in finance, policy, and media. She led retirement product innovation at Dimensional Fund Advisors and consulted to international organizations, including the OECD and IMF.

She has been a regular contributor to the Economist, Reuters, and Bloomberg Businessweek. Her writing has also appeared in Playboy, Wired, National Review and Foreign Affairs. She has an undergraduate degree from the University of Edinburgh and a PhD in economics from Columbia University. She teaches at New York University and lives in New York City.

Risk management in the real world.

Risk taking is vital to the American economy and to our personal development. And yet, there is evidence that Americans are taking fewer risks. But it’s not that we’ve become more risk-averse; we often think we’re taking risks when we really aren’t. It’s become increasingly common to confuse risk management with risk avoidance, when in fact there’s a big difference between the two. Risk management reduces the chance of failure, but the possibility of failing is still there nonetheless; that’s the critical difference. Even more surprising: risk avoidance is often riskier than risk management.

This all became clear to Allison Schrager during a research trip to a Nevada brothel to learn negotiation skills when asking for money. Hearing ‘no’ had always been her biggest fear, but the pimp there told her, “If you don’t hear no regularly, you aren’t asking for enough.” It was then she realized that avoiding the possibility of hearing ‘no’ was keeping her from taking risks. Confusing risk avoidance with risk management was undermining every aspect of her life.

In Allison’s talk, the audience will learn the difference between risk management and risk avoidance, and how that difference distinguishes those who merely get by from those who thrive. This is not your standard “Don’t fear failure—Take risks” talk. She explains a third way—how to reduce the risk of failure by learning to listen.

“I got the phone call while I was on a date. I was so excited, I got up and left! (I did eventually come back!)”